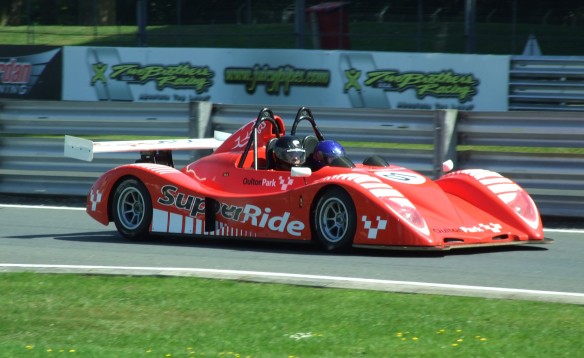 Maybe it’s because I grew up in a time when not everyone got an award for just showing up.  Gold stars were given for outstanding work, a symbol of excellence. There were red and blue stars as well, sometimes green and silver, but not everyone got the gold. Gold was the goal to aim for, an achievement recognized not only by your teacher, but your peers.  It had to be earned.  It made you Top Dog, BMOC, the Big Kahuna, a force to be reckoned with and others were envious. They wanted to be you.

In high school, there were no gold stars — letters to wear on jackets — but no gold stars. The grammar school envy still existed because ‘grading on a curve’ supplanted stars, trying to level the field among students and excellence was downgraded, frowned upon by your peers — until they wanted to borrow your notebook to study.

There was one test in geometry the teacher was proud that he nearly stumped the entire class. There was a moment of glee that those who got the problem wrong could get credited for the wrong answer.  No, Mr. C. told them. That wouldn’t be fair to the one person in the class who solved the problem correctly and aced the test.  I ignored the dirty looks from my classmates. But I had paid attention, learned the formulas and used my brains to solve the problem. I earned that 100. They didn’t. It also earned me the nickname ‘Miss Geometry’ for the rest of the school year.  And it wasn’t said with a smile.

So it should come as no surprise that I take offense at the commercial for GoToMeeting which cites MVPs as those who showed up to every meeting, were always first to get to the meeting, know how to use a mouse, look good making presentations, etc.  Not one is cited for being the go-to person for answers, a problem solver, an innovator, a subject matter expert, someone who actually uses their brains.  There isn’t a gold star achiever among those clean desks.

Which brings me to the concept of driverless cars. Supposedly the philosophy behind the invention is safety, fewer auto accidents. The underlying message is that is that this is a car for people who don’t know how to drive.  It is a vehicle wherein you can use your phone, text, drink your coffee, shave your beard, listen to music, check email, Skype, prepare taxes, reports, presentations, etc. while you are chauffeured from Point A to Point B.  Basically it’s the same idea as taxis, buses, trains and Uber, except you have privacy.

Driving is a skill which must be learned.  It takes physical and mental skill.  Not only must you use your hands and arms to steer and legs and feet to accelerate and brake, you need to use your brains to calculate when to accelerate, when to brake, calculate speed and distance for stopping at traffic signals (signs and lights) and making turns.  It is especially critical to navigating traffic circles. You need to watch the road and other vehicles on the road.  You must pass a test to earn a license to drive.  There are rules of the road to obey and there is no ‘grading on a curve’.

Not everyone can master the skills, hence the creation of The Car for Dummies, brought to you by Google — among others. To my knowledge, auto manufacturers have not geared up to mass produce these vehicles.

Where I live we change the timing of traffic lights, even change speed limits depending upon the season — tourist and non-tourist.  Some towns even change streets to one-way. What about alternate side of the street parking?  Will these driverless cars need software updates?  Will you need to reprogram the car?  Will we be required to have a license to write code?  When your car needs maintenance, will that require a software engineer or a mechanical engineer?

What would the Indy 500 be with driverless cars?  Answer: a video game.

I mentioned to the officer who gave me a police assist upon release from the emergency room with my broken knee that my car was parked in a public parking lot and I had no way to retrieve it myself with only one leg.  He was embarrassed to admit he didn’t know how to drive a stick, nor did he know anyone who could.  No gold star for him.  Perhaps a silver.

In a galaxy far far away, there are no driverless vehicles.  Landspeeder.  Snowspeeder. Podracer.  Speeder bike. TIE Fighter.  X-Wing Starfighter.  Millenium Falcon. They all required a driver or pilot.  No one used On Star for directions or asked Siri about anything.  And they knew how to read maps and navigate.

Droids don’t drive or fly. They’re used as mechanics, probes, for protocol, etiquette, languages, as medics, soldiers and bounty hunters, messengers of video and flash drives, even sarcastic sidekicks.  But no one lets them drive.

BB-8 could give you a light, though I’m not sure if the purpose was to light hookahs or request musical encores from the band.

Are you a droid?  We don’t serve that kind here.

It’s been more than 40 years and people are still singing along with “Little Deuce Coupe” and “409”.  And who can forget all the “Fun Fun Fun” ’til her daddy took her T-Bird away?  Or driving the Woodie to “Surf City” with no backseat or rear window?  “Pink Cadillac”.  “Hot Rod Lincoln”.  “Mustang Sally”.  “Little Red Corvette”.

Can you imagine anyone writing or singing a song about a remote-controlled car?  Pathetic.

Get your motor running…

Each life is a journey. Each of us a collection of stories about that journey. Paths are chosen filled with people and places and experiences. This blog is about the ones I’ve known along the way.

© 2012-2024, A Life Traveled. Unauthorized use and/or duplication of this material without express and written permission from this blog’s author and/or owner is strictly prohibited. Excerpts and links may be used, provided that full and clear credit is given to alifetraveled with appropriate and specific direction to the original content.