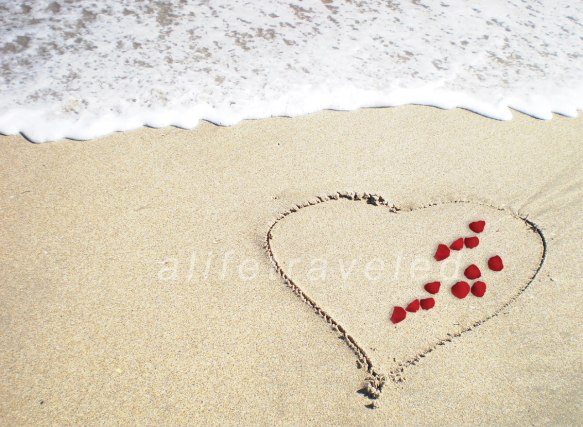 There are four seasons in a year, all are 3 months in length.  It’s the Capitalistic Beast that skews the perception in length, compressing summer the most — in these parts of the country.

By the fifth of July, the end of summer clearances begin. We’re only 3 weeks into the season according to the calendar, but summer inventory isn’t restocked — whether it’s shorts, flip-flops or pool and beachgear.  By the first week of August, it’s difficult to find any suntan lotion or sunscreen — and we have beaches.  You’re either relegated to paying tourist prices at beachside shops, or ordering from an online source, if you’ve run out of anything associated with summer.  Good luck trying to find a new bathing suit it you need a new one.

Most galling this year was a newspaper article the first week of August screaming What To Do in The Last Days of Summer…which turned out to be free advertising for tourist trap restaurants.  Dinner.  Seriously?  I eat dinner every night throughout the year, not just summer.  And there are plenty of restaurants open year round, though their menus may not be locally sourced then.

According to the calendar, there was still 8 weeks of summer left.

In my neighborhood on the first weekend of August I happened to look out the window and saw a pack of bicyclists cruising down the street.  They weren’t riding single file (per the law), which is what caught my eye.  I leaned up against the window to see the entire pack — at least 50 — children and adults, the adults in the lead and rear and taking the outside edge of the lane to keep the little ones closest to the curb and away from oncoming cars, all followed by our unmarked police car flashing his reds and blues to make sure no one tried to pass the group.  It just made me smile.  Other neighbors came out of their houses to watch.

Now, that’s how we celebrate summer in my neighborhood.  None of the tourist attitudes, with black spandex bike shorts and $50 shirts, just locals in light-colored tees and shorts, helmets and backpacks, cruising the (straight) secondary and tertiary streets (tricky, since we‘re not on a grid in this part of town).  It was an excellent way to start the weekend.  Fortunately I take my morning walks early or I’d have been overrun by cyclists.

We’re summer people.  We wait for it all year, every year so that we can get outside and make the most of the warm and longish days.  On any given day in the summer, I see at least as many, if not more, cyclists and skateboarders than cars.  Until they remodeled the neighborhood convenience store and removed the bike rack, lots of adults and children rode their bikes there.  Since it’s located on the outside edge of the neighborhood where all the tourists pass, now you have to worry about someone stealing your bike while you dash in the store for a quick errand.  One of the workers had hers stolen there so she can no longer ride her bike to work.

Then there are all the parks with rivers and lakes.  At some of the lakes, no need to bring your own boat.  There are canoes and paddleboats to rent.  The paddleboats are the most fun in shorts and barefoot pedaling across the lake, splashing water on a hot summer day.  Canoes not so much, and there’s always spring and fall for them.  There’s even one lake where their paddleboats look like giant swans.  Who wouldn’t want to go out on the lake in one of them?

In August there are still free outdoor movies and concerts to attend in the evenings.  Just bring a chair or blanket.  I have my choice of 5 nights of concerts, all within 10 miles of my house, all different style of live music, until the end of the month, some into September.  And I know of multiple towns that have weekly fireworks displays — all on different nights — providing a choice of evenings and settings.  Then there are the Go-Kart tracks, only open in the summer.  And while spring and fall are usually the best times for whale watching, they’ve been sighted offshore nearly all summer.  The Boys of Summer are still playing baseball and we’ll be playing beach volleyball outside until the end of September.

Let’s not forget the Perseids which pass by every August.  After many disappointing years, I was rewarded with clear skies and no moon which made for excellent viewing.  Some were brighter and bigger than others, but they still produced ‘ooohs’ flying in all different directions.  No one likes sitting outside in the very early morning hours of winter when it’s freezing to watch a meteor shower.  I look forward to those balmy August nights to catch a glimpse of shooting stars.

While the stores are advertising fall clothing and decor, even Halloween items, it’s still summer and the middle of October, we’re still busy exploring outdoor flea markets, art and craft fairs, going to street and local festivals of all kinds, buying fresh produce and fruit at the local farmers’ markets, seafood off the boats at the fish markets, eating breakfast and dinner on the deck, dodging tourist traffic and Cessnas in distress loaded with tourist parachutists coming in for a landing on top of our cars instead of the beach …

Summer may not be endless, but once the tourists go back home, we still have 4 weeks of it all to ourselves, still wearing shorts and flip-flops.  That’s when we’ll have dinner at the seasonal restaurants — and maybe reclaim stolen bikes.