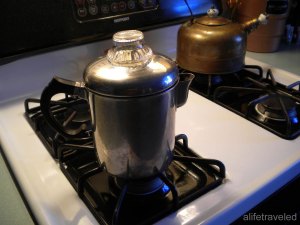 Newer isn’t necessarily better, except when it comes to socks.  They don’t fall down, have holes in the toes and heels and keep your feet warm as winter settles in.

Now that the advertising blitz of spend spend spend is past and everyone once again focuses on their usual day-to-day of taxes, bills and commuting, instead of predicting the new, newer, newest for the year or listing the best/worst of the previous year, in no particular order of importance or using a scientific measurement of any kind, I submit a list of Not So New Things (very broad category) that are better than the touted ‘latest, greatest’.

Cars as a means of transportation instead of mobile home/home office/entertainment center.  I for one, have no interest in a car with voice recognition for a radio which will change stations if I sneeze, cough, sing along or mistake a conversation for a station change request.  That’s just a nuisance.  USB ports?  There is no such thing as hands-free typing.  This is not the time for multi-tasking, charging portable gadgets or sending email.  Cars do not drive themselves.  You need to keep your eyes on the road – and other vehicles.  Sensors for turning, backing up, parking, stopping?  They’re being marketed as ‘safety features’.  Try looking out the windows, the rear and side mirrors and ensuring your brakes work.  A novel concept, but we don’t need more technology with the potential to fail in cars, just better drivers.

The Buddy System.  It’s not just for kindergarten.  It works at every age.  We used it in college.  We always went out in groups, came home in groups.  We made a pact the first week of freshman year: leave no man behind.  Students were never left passed out in public places.  No one went missing without us looking for them – immediately.  Groups also discouraged would be muggers and rapists.

Went out to the deli near campus one night to grab a snack and ran into one of my professors.  He practically threw me in his truck to drive me back to campus: two blocks. Then he waited in his truck until I was inside my dorm before driving away.  Had a friend who was home recuperating from a car accident.  Would check to see if he needed anything.  Didn’t get an answer or return calls for two days.  Then his ex called to let me know he’d been rushed to the hospital for emergency surgery.  Those who live alone especially need The Buddy System.  Try doing that with your Facebook friends.

Perked coffee.  Using a percolator – on the stove.  It’s not just retro, but makes smoother tasting coffee, the pot stays warm longer without burning the coffee once it’s made and it doesn‘t take up counter space.  It takes up very little cabinet space when not in use.  It’s portable, and with a grill, can be used on your fire pit, perfect when there’s a power outage.  To the Pod People, not only can you serve all your guests at the same time without spending all evening making a cup at a time, there is less waste and the grounds are excellent food for the garden.  Are those pods recyclable?  Biodegradable?  And you probably consider yourself ‘green’ and eco-conscious since you own a hybrid SUV.

Comfort foods.  Everyone has their own definition depending on where they grew up and their ethnic background, but I’m sure that anything ‘juiced‘, Greek yogurt, kale, gluten-free, food that is pre-packaged/frothed/foamed/prepared with a blowtorch or liquid nitrogen, are not on anyone’s list.  French crullers from Dunkin’ Donuts however, do make the list.

Conversation – face to face and phone.  A quaint, archaic practice wherein we use all 26 letters of the alphabet to communicate and are not limited to 140 characters at a time.  Average time spent is roughly two hours.   And you can eat and drink at the same time.

Relationships.  As opposed to ‘liking’ and ‘friending’.  Involves conversation.  See above.

Paper maps.  While they may sometimes be out of date with construction projects, they are generally more accurate and offer more alternatives than GPS systems or online route generators.  Had I consulted the paper after locating my destination electronically, I could have saved myself two hours’ drive time to/from a wedding taking a more direct route and avoiding the turnpike.  I also would have found an easier way to get to a funeral.

Quality TV programming.  Using professional writers and actors.  The bulk of programming when there were only 3 major networks and 2 local stations.  Is anyone binge watching Idol, Housewives, Bachelor, Dancing, Survivor, obnoxious celebrity wannabes, anything on the Food Network?  No.  They’re streaming, downloading and bingeing on Game of Thrones, Downton Abbey, Lost, Breaking Bad, The West Wing, even the X-Files and Cheers – which went off the air in 1993.  Why is it then, that network executives are demanding more and more money to broadcast reality crap that people don’t talk about the next day at work – or ever want to see again?

It may be a new year, but I’m starting it with the same old car, phone, TV and clothes.  I did, however, buy some new socks.